An article in the Health & Science section of the Washington Post this morning reported that exercise may relieve depression and anxiety.  At 16, a young woman received a diagnosis of chronic severe depression and a prescription for an antidepressant.  Eight years later and 20 lbs heavier, she was sleeping poorly, felt a lot of anxiety and had lost her therapist because of insurance complications.  Looking to help herself, she began using an elliptical machine every day at the gym.  Today, she is 33 and has been medication-free for nine years and credits her daily exercise habits with helping her achieve mental health.

That experience has scientific basis:  a new study by researchers at the University of California at Davis Medical Center found that exercise increased the level of the neurotransmitters glutamate and GABA, both of which are depleted in the brains of patients with depression and anxiety.  Neurotransmitters are chemical messengers that allow the brain to communicate with the body. The scientist and lead author of the study reports that “major depressive disorder is often characterized by depleted glutamate and GABA, which return to normal when mental health is restored.  Our study shows that exercise activates the metabolic pathway that replenishes these neurotransmitters.”

And for those of you wanna-be-pirates:  Capt Cook’s ship, the Endeaver may have been found in Rhode Island’s Newport Harbor!  The Rhode Island Marine Archaeology Project, which is leading the search effort, has identified 4 or 5 sunken wrecks, one of which may be the Endeaver.

Kathy Higdon is a Licensed Clinical Professional Counselor (LCPC) in the State of Maryland, and a Certified Health Coach from the Institute of Integrative Nutrition, NY. She developed and leads a six week wellness program called Mood Food & Attitude that helps individuals learn how to reduce stress, anxiety, and depression.

I am a Licensed Clinical Professional Counselor (LCPC) in the State of Maryland, and a Certified Health Coach from the Institute of Integrative Nutrition, NY.

Mood Food & Attitude is a six session group counseling program where I, a licensed clinical counselor, will share data-based information about three lifestyle changes that will help you reduce stress, anxiety, and depression. 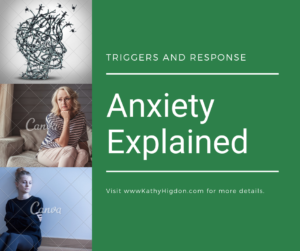 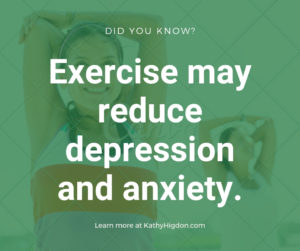